Candybox Marketing Founder and CEO, Darrell Keezer, joins Jerry Agar on NEWSTALK 1010 to discuss Facebook’s rebrand to Meta and what it means. Listen to the episode here or check out our summary below!

On October 28th, 2021, Facebook’s CEO Mark Zuckerberg, announced that the company would be rebranding to Meta. According to Facebook, the metaverse is the next evolution of social connection and their name change reflects their commitment to bringing the metaverse to life.

What does Meta mean and what is the metaverse?

It’s important to note that while Facebook is a social media platform, it’s also the name of the parent company, Facebook Inc. that owns Facebook, Instagram and Whatsapp. Facebook’s rebrand to Meta only affects the parent company, and the social media platform’s name will likely stay the same.
Meta comes from the Greek word meaning beyond. Facebook’s name change to Meta refers to their desire to be known for more than just one product. They want to be seen as a metaverse company and are investing over $10 billion into the development of the metaverse.
Now you may be wondering what is the metaverse? The metaverse includes two main technologies: virtual reality and augmented reality. Virtual reality allows someone to interact with a virtual computer-generated environment while augmented reality is an enhanced perception of the real world with the addition of digital elements.
Think of the metaverse as a new internet, but instead of webpages, it’s a virtual world that we can go into and participate in. Imagine in the future, you can watch a movie with a friend who lives in a different country, but it appears that they’re in your living room.
While the metaverse might not have a significant impact on our lives in this present moment, the technologies may play a big role in the future.

Is Facebook changing its name to Meta to escape the bad press?

Facebook as a company has faced numerous challenges throughout the years, so bad press is nothing new for them. The most recent Facebook scandal has unfolded over a period of six weeks and simply put, you don’t rebrand an entire company in six weeks.
The timing of Facebook’s rebrand to Meta is interesting, but it’s most likely not because of the press. Meta has been in the making for years. In fact, Mark Zuckerberg has a history of investing in virtual reality. Back in 2014 Facebook acquired Oculus, a virtual reality headset company, for $2 billion.
Facebook is investing heavily in the metaverse, so it appears that Meta is not just a name change to escape bad press, but a major business move that has been in the works for a long time.

For the foreseeable future, it is highly unlikely that Facebook Inc. will be rebranding their subsidiaries. Instagram, Facebook, and Whatsapp are the top messaging apps in the world with over 4 billion users. More than half of the world uses these apps to stay connected which means these apps are not going away and will continue to operate.
What is more probable is that Facebook will begin to integrate these apps with the metaverse. For example, a group chat on Whatsapp could be integrated with a “meta meeting”. Another possibility is that Instagram, Facebook, and Whatsapp get integrated into new Meta products or come together into one app.
We are seeing the evolution of connection technology. Facebook’s mission is to connect people worldwide and they are betting that the next generation of the internet, Web 3.0, is going to be about people being able to connect digitally.

Will Meta and the metaverse replace human interaction?

Hopefully, the metaverse will be an addition to, not a replacement of real relationships. A great example of this is online dating. These days, the majority of people meet online and while the relationship may start online, it’s brought into the real world in order to create real relationships. Meta should make it easier for people to connect and build relationships, but it won’t be a replacement for real human interaction.
While the metaverse is still a work in progress, building connections will always be a cornerstone of human interaction. Candybox Marketing understands that in order to grow your business, you have to be able to connect with your customers. If you’re looking for ways to build authentic relationships with customers, connect with us and let’s chat!
For more insights, check out Darrell Keezer’s debate with Jerry Agar on AODA regulations. 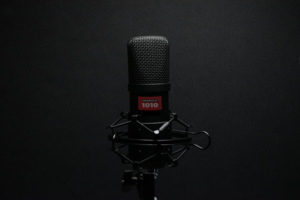 Candybox Marketing has made some major changes this year, and we have exciting 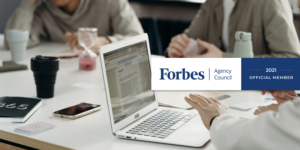 “Forbes.com has always been part of my daily reading routine. I’m thrilled to

Elevate your next event with Darrell Keezer!